ERIC COOPERSTEIN started his private law practice devoted to legal ethics in the fall of 2006. He has represented hundreds of lawyers and law firms in ethics and law-practice related matters. Eric is a former Senior Assistant Director of the Office of Lawyers Professional Responsibility, where he worked from 1995 to 2001, and a former member of the 4th District Ethics Committee, on which he served from 2003 through April 2007.

Eric currently serves on the boards of Minnesota Continuing Legal Education and Minnesota Lawyers Mutual Insurance. He is a recent past president of the Hennepin County Bar Association (HCBA)(2013-2014) and past chair of the Hennepin Lawyer magazine committee (2015 – 2017). Eric also chaired MSBA’s Rules of Professional Conduct Committee from July 2009 through June 2012. Eric is a member of the Association of Professional Responsibility Lawyers (APRL) and served on the 2007-08  Minnesota Supreme Court’s Advisory Committee regarding the Attorney Discipline System. Eric also served in the ABA House of Delegates (2016 – 2019) and on the ABA Standing Committee on Bar Services and Activities (2017 – 2021). 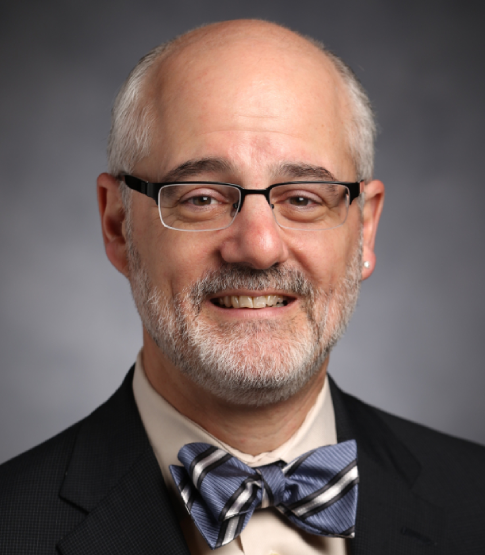 Eric has been fortunate to have had a series of great legal jobs. For the first 18 months after law school, he worked both as an associate at the Minneapolis law firm of Mansfield & Tanick and as a staff attorney at the Legal Aid Society of Minneapolis. Eric continued full time at Legal Aid for over three more years before moving on to the Office of Lawyers Professional Responsibility (OLPR) in 1995. At OLPR, Eric investigated and prosecuted allegations of attorneys’ violations of the Rules of Professional Conduct, provided hundreds of advisory opinions to Minnesota lawyers, supervised the Trust Account Overdraft Notification Program, wrote articles for Minnesota Lawyer, and presented numerous seminars on ethics issues.

In 2001, Eric joined the Office of the court-appointed Monitor of the black farmers’ class-action settlement regarding race discrimination in USDA farm loan programs. Over the next seven years, Eric played a substantial role in helping the Office issue over 5,700 decisions for class members and the government. The black farmers’ case (Pigford v. Schaffer) is widely recognized as the largest class action civil rights settlement by the government in U.S. history, with over one billion dollars paid to class members.

Eric is also an active volunteer in his community. He served as President of  the Board of Trustees of First Universalist Church (2016 – 2019) and previously served for six years on the First Universalist Foundation board, four of those as chair. In recent years, Eric has also volunteered for Prepare & Prosper, Habitat for Humanity, and Emerge. Eric was a “graduate” of the first year of the Hennepin County Bar Association’s LINC program — Lawyers Impacting the Nonprofit Community — a six-month series of seminars designed to train lawyers to serve nonprofit organizations.

Author Appearance at the Gaithersburg