Within recent days two states – Maine and Alabama– have turned back restrictive lawyer advertising proposals (first heard from the ABA’s Will Hornsby, who is now on twitter). Let’s hope it’s part of a trend. Maine became another of the vast majority of states to adopt rules (effective Aug. 1, 2009) consistent with the ABA’s revised Model Rules of Professional Conduct.

Read this article over at Lawyerist.com > 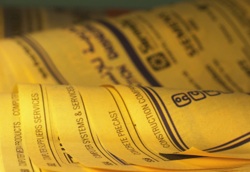 Within recent days two states – Maine and Alabama– have turned back restrictive lawyer advertising proposals (first heard from the ABA’s Will Hornsby, who is now on twitter). Let’s hope it’s part of a trend.

Maine became another of the vast majority of states to adopt rules (effective Aug. 1, 2009) consistent with the ABA’s revised Model Rules of Professional Conduct. In the advertising arena, however, Maine departed from the ABA Model in two important respects. When it comes to soliciting business from prospective clients, ABA Model Rule 7.3 broadly prohibits live contact with anyone who is not a lawyer or does not already have a family, personal, or business relationship with the lawyer. This is the anti-ambulance chasing rule.  Unfortunately, it applies not just to accident victims and patients in hospital beds, but to all prospective clients, including CEOs, corporate directors, people needing estate planning, etc.

But Maine’s new version of Rule 7.3 narrowly tailors the restriction only to where it’s needed: for “non-commercial clients” where the solicitation by the lawyer “involves or has substantial potential of harassing conduct, coercion, duress, compulsion, intimidation or unwarranted promises of benefits.”  Then it goes on to state that the test for determining whether a solicitation is improper is multi-factored, requiring an analysis of the sophistication of the client regarding legal matters, the physical and emotional state of the prospective client, and the circumstances surrounding the solicitation. Now there’s a rule that should be a model for other states!

Regarding written solicitations of new clients, the ABA and many states require that the words “Advertising Material” appear on  the outside of the envelope, putting the solicitation letter on the fast track to the prospective client’s trash can. Not Maine. As noted in a comment to Maine’s new rule, concerns over client harassment, overreaching, and deception are adequately addressed by its other advertising rules, so there’s no need for a warning about the contents of the envelope. It’s almost like Maine wants its lawyers to be able to get new clients.

Maine also retained the unique “Aspirational Goals for Lawyer Advertising” that it adopted in 2005. Essentially, Maine has taken many of the black-letter restrictions from other states on crass slogans, wild dramatizations, the use of professional actors, etc., and asks Maine’s lawyers to stay away from unseemly advertising that might bring down the reputation of the entire profession.  One would assume that if the aspirational standard was not working, the Maine Supreme Court would have taken this opportunity to impose greater restrictions.

In Alabama, the Montgomery Advertiser reported  that the Alabama Supreme Court had rejected a petition by the Board of Bar Commissioners to ban “paid actors, jingles and wreck videos” from lawyer advertising to raise ads up out of the muck. Apparently, the Court gave no explanation for its decision but some may speculate about the lucrative residuals that may come from writing catchy jingles for law firm commercials.

These developments come close on the heels of the NJ Supreme Court’s decision last June  to allow NJ attorneys to refer to themselves as having been blessed with the label “SuperLawyer” (as long as they have been so anointed). Restrictive advertising rules for NY are under review by the 2nd Circuit, and a plan to implement a program for pre-publishing approval of lawyer ads in Louisiana is still winding its way through Federal court (as tweeted by La. ethics attorney Beth Alston).

If this keeps up, we may eventually see sane lawyer advertising rules prevail across the country.